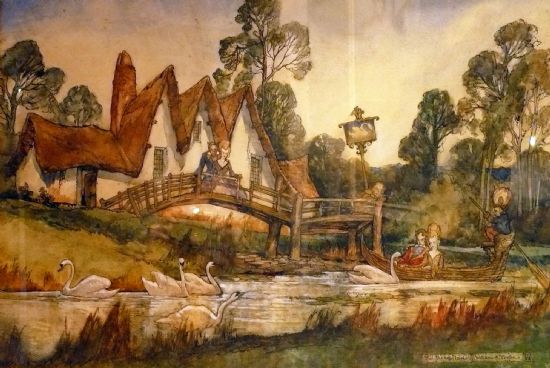 William Timlin was born in Nothumberland, England, the son of a colliery foreman. He showed a talent

for drawing at Morpeth Grammar School, and received a scholarship to the Armstrong College of Art

in Newcastle. In 1912 he joined his parents in South Africa where he completed his training in art and

architecture and remained in South Africa for the rest of his life.

Timlin went on to design a number of important buildings in Kimberly, including Kimberly Boys’ High

School while pursuing his interest in art, turning out a large amount of watercolour fantasies in addition

to oils, pastels, etchings and periodic illustrations. His work was regularly exhibited. He also wrote

In 1921 Timlin worked on “The Ship that Sailed to Mars” for two years. It was started as a diversion

for his son. The work expanded until it had 48 pages of text and 48 colour plates showing remarkable

flights of fantasy. He sent the book to publishers “George Harrap” who were delighted with the

illustrations and calligraphic text. They decided to go to print without typesetting the work. This book

has since become a fantasy classic.

Building of a Fairy City” which was never published. He died in Kimberly, Northern Cape in 1943. 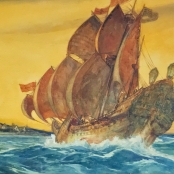 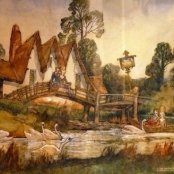