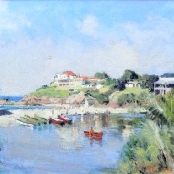 Terence John McCaw was born in Pilgrims Rest, in Transvaal (now Mpumalanga). McCaw was educated in
Johannesburg, where he was influenced by Sydney Carter in his earlier work. He worked in Cape Town for a year
and returned to Johannesburg as a commercial artist.

During the two years immediately preceding World War II, McCaw established himself as a conspicuous
and active spokesman for the rebellious and younger generation of South African painters. Fresh from the
stimulation of the European cultural environment, he helped to find the New Group and energetically supported
its campaign. His pictorial account of people, places and events along the battle fronts won him considerable
applause and he returned home to an even more secure position in the public’s favour, after he served as an
official War Artist in North Africa and Italy. McCaw had the approval of the public and he settled into a popular
descriptive style, which, because its general features are shared by so many other painters in the Cape, has come
to be known as Cape Impressionism. Terence McCaw died in 1978 in Cape Town. 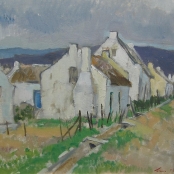 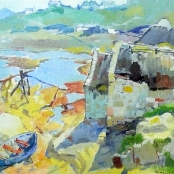 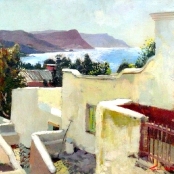 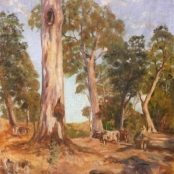 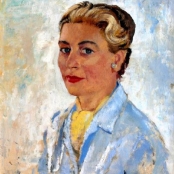