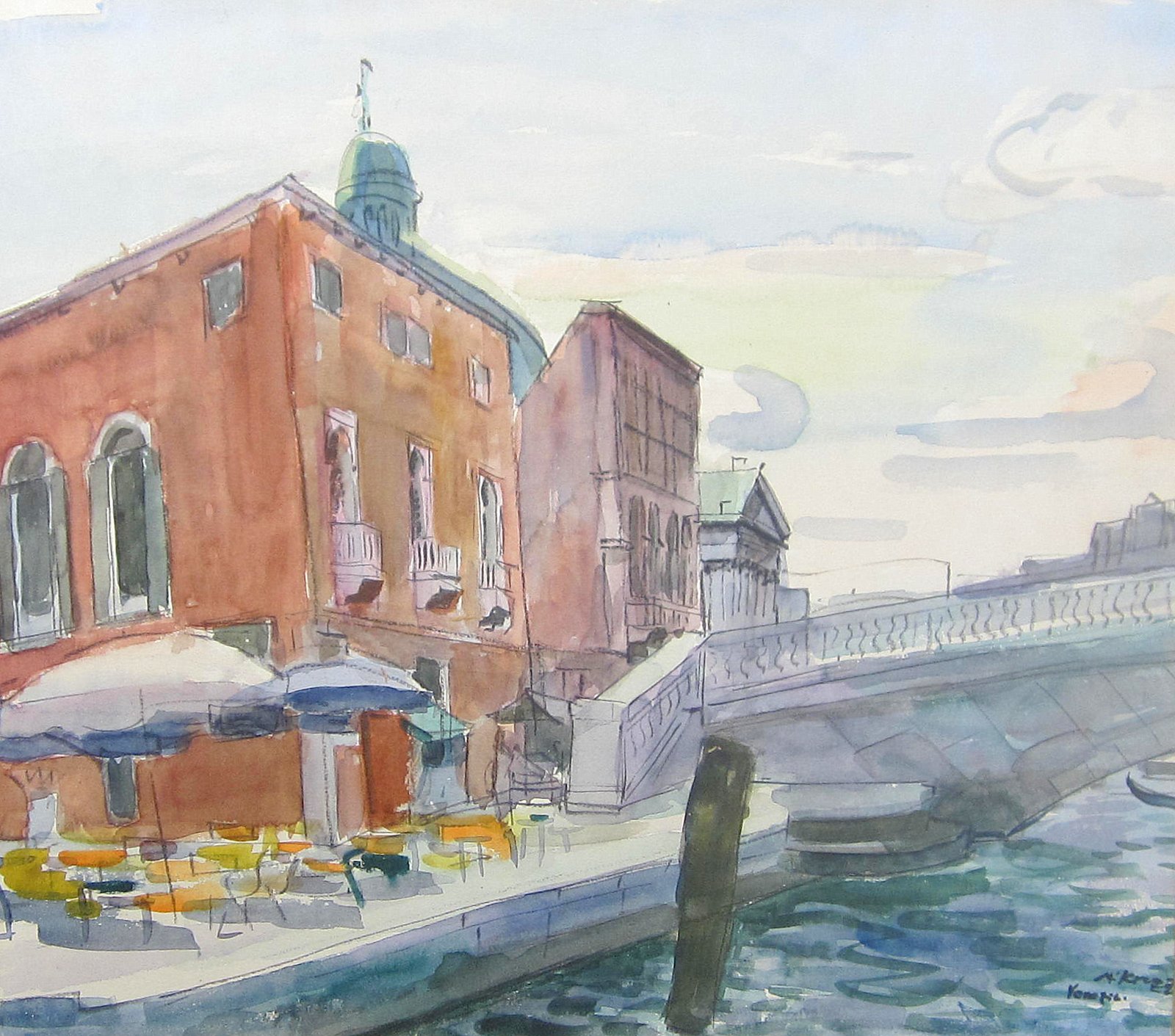 Alfred Friedrich Franz Krenz was born on 3 May 1899 in Vienna, Austria. His father, who was a city architect, died
of tuberculosis in 1911 at the age of 40. After his father’s death, he went to Grammar school in Vienna. After
completing grammar school, Krenz went to the school for Applied Arts in Vienna, where he attended architectural
courses under Prof Franz Czizek. Prof Czizek was a founder of Movement of Child Art, where he encouraged
children to express themselves in drawing and painting. After that he studied at Amedee Ozenfants Acad, Paris.

Krenz travelled and exhibited widely in Europe. In 1949 Krenz settled in Cape Town and rapidly gain recognition
as a portraitist, but also continued to exhibit widely in Europe. Krenz arrived in South Africa with a broad and
colourful painting style which contained more than a suggestion of the influence of Gaguin.

The most distinctive feature of Krenz’s painting is the individual colour range, followed closely by his broad and
vigorous method of applying paint, usually with a palette knife. Like many of South African artists, he could not be
easily classified in terms of any particular school or movement, but he was specifically a painter, who conceived
his themes in colour and for whom line provided only the accents and the definition for the total painterly